Groundswell: How Technology Empowers Nonprofits, cause Marketing and Social Good

Groundswell: How Technology Empowers Nonprofits, cause Marketing and Social Good 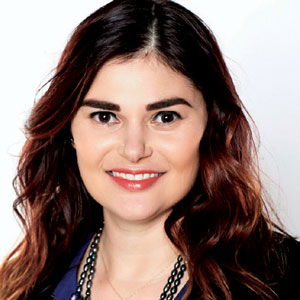 Technology has empowered brands and local businesses to extend their reach and deepen connections with existing customers as well as connecting with new audiences. Similarly, adoption of technology has enabled nonprofits and those focused on social good to share this impact: greater possibilities.

Not only has technology spurred new ways that nonprofits can fulfill their missions, but it also has fundamentally changed the people that help accomplish them. Nonprofits and charities have embraced the power of social media and the direct access to reach individuals, and to tap into and spark conversations about social issues.

An early adopter of social media,The Humane Society of the United States developed active Facebook and Twitter accounts, effectively using Facebook to reach new donors. In 2013, nearly 5% of their donor funding, about $200,000, came directly from donations on the platform. By using compelling imagery and video features, as well as directly responding to all comments from those who engage with their page, The Humane Society creates and deepens relationships at scale, generating even greater ability to connect with their audiences, creating a personal experience which is a critical factor for donations.

Previously, nonprofits struggled with direct access and reach to their supporters, makes it exceedingly difficult for messages to stand out and make an impact. This hindrance was amplified due to miniscule advertising and marketing budgets compared to for-profit brands.

However, technology has driven a shift to greater ownership by consumers. Growth, adoption, and integration of technology have created a more level playing field. Through the use of online resources, mobile connectivity, and social media, nonprofits and charities can engage and attractian entirely new pool of supporters, with whom they can engage directly in unique ways.

Nonprofits and charities have embraced the power of social media and the direct access to reach individuals, and to tap into and spark conversations about social issues

Growth of Cause Marketing and Partnership Visibility

The power and presence of social has translated from brands to causes. Brands have seen purpose become front-and-center for consumers, with expectations for brands to align with and take a stand on causes, impacting purchase intent, reputation, and advocacy.

According to Shelton Group’s 2018 report ‘Brands & Stands: Social Purpose is the New Black,’ 86% of consumers believe that companies should take a stand for social issues and 64% of those who said it’s ‘extremely important’ for a company to take a stand on a social issue said they were ‘very likely’ to purchase a product based on that commitment.

Additionally, according to Sprout Social’s 2018 report ‘Championing Change in the Age of Social Media,’ about two-thirds of consumers (66%) say it’s important for brands to take public stands on social and political issues, and more than half (58%) are open to this happening on social media, a top channel for consumer receptivity. This leads to real impact of the bottom line, especially for millennial and Gen Z consumers with76% stating they have purchased (53%) or would consider purchasing from (23%) a brand or product to show support for the issues the brand supported.

Brands are taking notice. Taking advantage of aligning public images closer to causes, brands are putting purpose front-and-center of their messaging, marketing and campaigns. According to IEG’s 2018 report‘ Cause Sponsorship,’ the rising trend of donations from brands to nonprofit organizations is expected to reach $2.23 billion in 2019 – a projected increase of 4.6% over 2018.

This convergence puts charities and nonprofits at the center of interest between brands and consumers, allowing even greater fundraising efforts, supporters, reach and awareness through high visibility partnerships.

Integration of POS Giving in ECommerce

Decentralized fundraising and the growing desire of users to feel connected to the causes they care about put an even greater spotlight on how people take ownership of their purchasing power to influence social issues.

The rise of crowdfunding sites like Kickstarter, GoFundMe, Indiegogo, Pateron and more allows fundraising to happen anywhere and from anyone. This has not gone unnoticed by social media and ecommerce power players like Facebook, Amazon and Ebay. By integrating point of sale giving in ecommerce transactions and directly within platforms, charities and nonprofits have an even greater ability to impact donations.

In 2018, charities hit record sales on Ebay for Charity, a feature introduced by Ebay to help buyers and sellers support their favorite causes, with nearly $102 million generated via auction and direct sales by nonprofits. This showed a significant 20 percent growth compared to the $84 million in 2017. Now more than 66,000 charities are using the online auction forum.

Through a similar program, Amazon Smile, e-commerce giant Amazon announced in October2018that they had donated over $100 million to charities in 2018.

But donations not only come from transactions, they are also sparked by conversations and connections. Platforms like Facebook and Instagram have seen growth of charities and nonprofits on social media and the increase of conversations on social impact. In response, they have introduced and strengthed tools for nonprofits to fundraise directly on these platforms.

In 2018, Facebook announced that more than $125 million was raised to support causes on #Giving Tuesday, a day focused on supporting causes, spread and shared through social media. This adds to their already substantial impact, raising more than $1 billion through its charitable giving tools since 2015. This is now spreading to Facebook-owned Instagram and its 1 billion daily active users. In February 2019, Facebook announced the addition of a “donate” sticker only for charities and nonprofits on Instagram Stories. Although there is no release date with the announcement, this heralds even more options for social good initatives.

In an increasingly mobile-driven and technology-first world, consumers distinguish messages from brands, celebrities, influencers and charities less and less. Despite this convergence, social good is a key thread that consumers actively seek out. By continuing to utilize technology to strengthen relationships, deliver personalized experiences and increase reach by partnerships with brands, influencers and other organizations, the growth and impact of social good will continue to help positively impact causes and communities around the world.

Unlocking the Value of Connected Cars

Comprehensible Distribution of Training and Information...

The Current Focus is On Comprehensive Solutions

Big Data Analytics and Its Impact on the Supply Chain

Carmax, the Automobile Business with IT at the Core

The CIO's role in rethinking the scope of EPM for...

Transformative Impact On The IT Landscape

Get Ready for an IT Renaissance: Brought to You by Big...

Technology to Leverage and Enable

Speed is the Name of the Game

The Need For Data Integration And Apis In Today’s Benefits...

How To Implement A Successful Data Strategy: A Success Story

Model Implementation: On The Psychology Of Large-Scale Technical...

However, if you would like to share the information in this article, you may use the link below: